June marked the one year anniversary of this column. We have talked about the principles of a Florida Friendly Yard like right plant/right place, fertilizing appropriately, pesticides and efficient watering. To refresh your memory go right to FloridaYards.org which has all 9 principles and a wealth of other information.

Then we moved on to specific topics like native landscaping for your yard, trees, birds, and insects. In subsequent columns I want to focus on putting all this knowledge into an integrated plan for your yard. It is not that the farmers were not aware long ago that leaving hedgerows for birds to nest in meant breeding a raft of efficient and ravenous eaters of the bugs attacking their corn. It’s that we kind of forgot to work with nature and decided to overpower it instead. Well we are finding out now that this doesn’t work so well.

This month, though, I want to talk about the foundation of all this — SOIL. But before I get to that I wanted to share what I consider a very encouraging poll. Researchers thought with the coronavirus people would be too preoccupied to care about the issue of climate change.

But surprisingly, in a study released in May by Yale University 73% said climate change was happening and 62% accepted the established scientific view that global warming was mostly caused by human activity. Only 10% said global warming was not happening. And two out of three Americans said global warming was either extremely, very, or somewhat important to them. Like hooray! Of course, here in Miami, it’s hard to be ignorant about climate change when we just had the hottest April on record and they are saying it will only take 15 years for the waters around Miami to rise another six inches.

There are billions of microbes populating the soil and thousands of them find their way onto and into the plants we eat. Scientists are still trying to figure out which soil microbes directly benefit the human gut. But contact with soil microbes has been linked to lower incidences of asthma, eczema, inflammatory disorders and allergies. The Human Microbiome Project funded by the National Institutes of Health has turned up evidence that our intestinal microbes—which can be altered by the food we eat—play a role in diabetes among other things.

The rhizosphere is the top most soil layer where plant roots interact with microscopic organisms among them virus, bacteria, fungi, protozoa and algae. The community is collectively known as the soil microbiome. It functions as the lifeblood of plants—promoting germination, stimulating roots, accelerating growth and bolstering resistance to disease.

Scientists like to call this the “brown food web” Some microbes digest and decompose organic matter into nutrients that nourish plants. Another very important action is the mycorrhizae, silk like fungi that form vast webs connecting plants and trees underground. Soil bacteria and fungi also work together to make minerals in the ground water soluble so a plant can suck them up with its roots. Fungi are AMAZING—they can eat rock, make soil, digest pollutants, nourish plants and make medicine (example penicillin). Fungi essentially acquire their food by secreting digestive enzymes into their environment and absorbing whatever is nearby: a rotten apple, an old tree trunk, an animal carcass. The contribution that fungi make to our world is fundamental: by turning biomass into soil they recycle dead organic matter back into organic life.

The web like network of mycorrhizae fungi partners with microbes to pry things like phosphorus out of the soil. These filaments perform a synergistic dance with plant roots. The plant naturally secretes sugars into the soil during photosynthesis and the sugars nourish the fungi while the fungi responds by providing the plant with nitrogen and micronutrients like copper zinc, iron and phosphorus. Microbes also enable plants to product antioxidants. Plants like people need these minerals to exist.

Most unfortunately, our way of farming damages the soil microbiome which disrupts this process, lowering the concentration of these nutrients in our food and therefore our diet.

A lot of farmland today has indeed been degraded. And multiple studies have tracked the rapid decline in the mineral content of fruits, vegetables, and grains over the last 50 years—iron -83%, magnesium -29% and zinc -59%. Protein, calcium, vitamins b2 and c have also dropped markedly. Mineral elements are essential for 100’s of critical enzyme reactions in our bodies. (Journal of the American College of Nutrition)

How About Some Good News?

A federal court ruled in June that the dicamba based herbicides like Round Up could no longer be used by farmers on their fields!!!! This is a huge start back towards a healthy soil.

And “Miami’s Miracle Mile, architects designed an “adaptable” street using permeable paving surface and structural soils to connect roots of street trees. That way, when it rains, the water can flow into the ground and not flood. During Hurricane Irma it successfully drained 8 inches of rain fall in hours.” (NY Times 4/29). 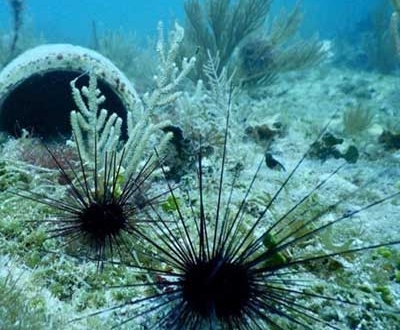